January 17, 2023:  Ned and I will be speaking at the Old Town, Maine library and will be presenting the stories of the young men from that town who fought for the Union.

November 29, 2022:  With my husband, author Ned Smith, we’ll be speaking at the Belfast, Maine library.  As with Brewer, Maine, listed below, we’ll be sharing the results of our research into the lives of the Civil War veterans from their town.  As with other presentations, we’ll put these young mens’ stories into the context of the broader picture of the war.

October 25, 2022:  I’ll be speaking to the Fredericksburg, VA Civil War Roundtable.  The topic will be my latest book, Washington Roebling’s Civil War.  Many know Roebling as the engineer for the Brooklyn Bridge, but during the Civil War, this brilliant young man served as a scout and “topographical engineer” – often going behind Confederate lines to map roads, fortifications, etc.  Truly remarkable exploits.

August 8, 2022:  My husband, Civil War author Ned Smith, and I spoke at the Brewer, Maine library.  During the pandemic, we spend many hours visiting cemeteries in central and eastern Maine taking photographs of Civil War veterans’ graves.  After researching these men and their families, we are presenting towns throughout the area with a detailed look at the young men from their town who went off to fight for the Union.

October 12, 2017:  I’ll be speaking at the Joshua Chamberlain Civil War Roundtable in Brunswick, Maine.  The talk will be held at the Curtis Memorial Library, 23 Pleasant St, in Brunswick.  This presentation is entitled “Exploring the Controversies of Joshua Chamberlain’s Legacy,”  After more than 25 years of research and writing, I’ve found Chamberlain to be an honest and careful historian.  His extensive correspondence with fellow veterans, both Union and Confederate, show clearly his determination to give the best possible account of his and the Fifth Corps’ service.  While many early biographies portrayed Chamberlain as something of a superhero, recent claims that he did nothing of importance or lied about his actions show a disgraceful lack of serious research and supporting evidence. 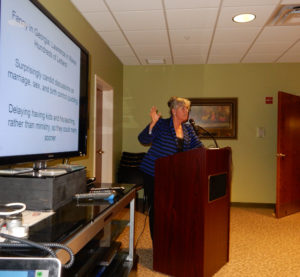 August 12, 2017.  Brunswick, Maine.  (3:00 PM)  Pulitzer Prize winning author James McPherson stated that my first book, Fanny and Joshua, “humanizes”  JLC.  As a part of the annual “Chamberlain Days” events, I’ll speak on that theme in a presentation entitled:  “From Hero to Human Being;  Chamberlain’s Evolution as a Historical Figure.”  The talk will be at 3 PM in the vestry of the 1st Parish Church in Brunswick, Maine. 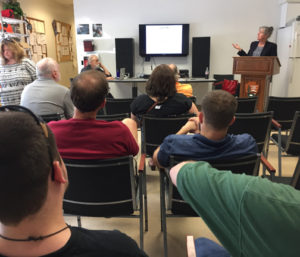 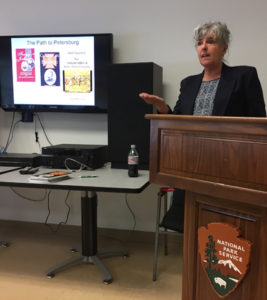 Very nice group of folks turned out in Milwaukee.  Presented a talk focused on my Command Conflicts, Overland Campaign book –  a look at that campaign from the perspective of the V Corps, Army of the Potomac.  Good audience and was well received. Had a chance to chat with quite a few folks before and after the talk – always nice to discuss Civil War with folks like this.  The venue, as you can see, is quite spectacular. 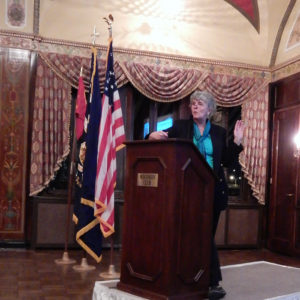 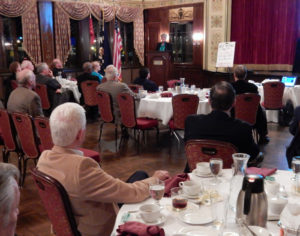 April 21st, 2017. Chicago Civil War Roundtable. CHANGE of VENUE:  The meeting that was to be held at the Holiday Inn, O’Hare, is now scheduled for 7:15 PM at the Holiday Inn North Shore, 5300 Tuohy, Skoke, Ill.  Hope that word gets to all who plan to attend.

Gave the same talk – the Overland Campaign – and once again had it well received.  And had another chance to chat with a group of astute Civil War enthusiasts.  This group does a lot of Civil War battlefield tours – rather hoping we may at some point join them for one or more.  Special thanks to the president of the Chicago Roundtable, Jonathan Sebastian, for getting us where we needed to be, both in Milwaukee and in Chicago.  The Chicago folks have put up the video of my talk there:   https://www.youtube.com/watch?v=UKh7kSahXlU 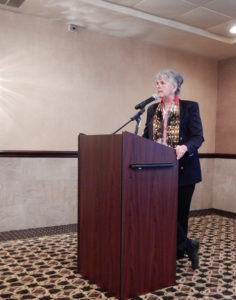 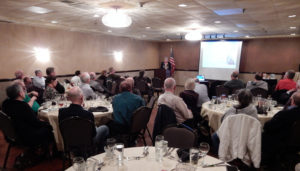 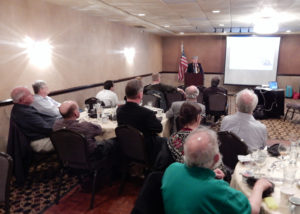 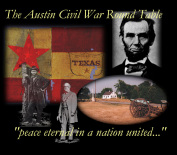 Colonel Joshua Lawrence Chamberlain of the 20th Maine is one of the most popular and enduring icons of the Civil War. Memorably portrayed in Michael Shaara’s 1974 novel The Killer Angels and the subsequent movie Gettysburg, the leader of his regiment’s magnificent charge on Little Round Top remains an admired figure in North and South alike. While much is known about his military exploits and later success as Bowdoin University president and Governor of Maine, much less is known of the struggles he endured in his personal life. At the center of that life was the love story he shared with his wife of 50 years, Fanny.
Characterized by some of Chamberlain’s biographers as a small-minded woman who was resentful of her husband’s fame and unequal to his brilliant intellect, Fanny Chamberlain has not always been judged kindly by history. However, Diane Smith’s extensive research and careful examination of the Chamberlain’s voluminous correspondence over their long marriage reveals a much different woman than the one we thought we knew.

Here to speak with us about this remarkable marriage is acclaimed author Diane Monroe Smith. Diane is a native of Maine and received her degree in Human Development from the University of Maine. A retired social worker, Diane is the author of three Civil War books, including Chamberlain at Petersburg: The Charge at Fort Hell, June 18,1864, Command Conflicts in Grant’s Overland Campaign: Ambition and Animosity in the Army of the Potomac, and Fanny and Joshua: The Enigmatic Lives of Frances Caroline Adams and Joshua Lawrence Chamberlain. Please help us welcome Diane to our Round Table! 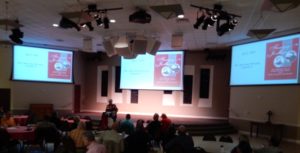 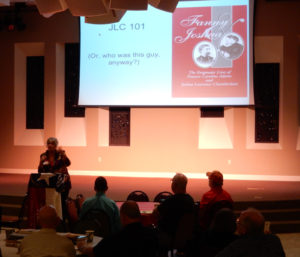 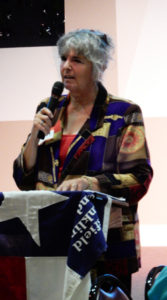 And, in a side trip, we remembered the Alamo: 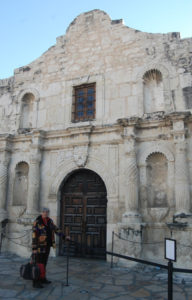