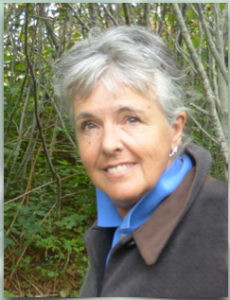 The 100th Anniversary of the battles of the Civil War laid the foundation of Smith’s love of history, but it wasn’t until 1993, when her 14 year old son appeared as an extra in the movie Gettysburg, that Smith jumped into the world of Civil War research and writing with both feet. As a volunteer guide at the Joshua Chamberlain Museum in Brunswick, Maine, she obtained access to hundreds of the Chamberlain letters that inspired her to write her first book, Fanny and Joshua: The Enigmatic Lives of Frances Caroline Adams and Joshua Lawrence Chamberlain. [1999, 2013] For her years of research had brought the realization that previous Chamberlain biographies were more hagiography than biography, and did not give an realistic depiction of Gen. Chamberlain or his wife of 50 years. The result was Smith’s well-received dual biography, one that has just been released in second edition by the University Press of New England.

While pursuing additional Chamberlain primary source material, Smith discovered a previously unpublished first person manuscript by Chamberlain that described in detail his and his brigade’s role in the Battle of Petersburg. Preparing the work for publication, Smith provided an extensive introduction, leading the reader through the first weeks of Grant’s Overland Campaign that culminated in the investment of Petersburg in June of 1864. The research of Smith’s husband, Ned Smith, also a Civil War author, provided the book with much-needed geographic correction and clarification. His maps also provide necessary details of the difficult terrain through which the 5th Corps and the Army of the Potomac moved blindly, the Federals greatly handicapped by faulty maps and a complete lack of cavalry support. The resulting book is Chamberlain at Petersburg: The Charge at Fort Hell. [2004] A recent book by Dennis Rasbach, designed to refute much of Chamberlain’s Petersburg accounts, instead has reinforced the value and validity of Chamberlain’s testimony, and substantiates anew Smith’s careful supporting documentation and annotation. See “A Challenge to Chamberlain’s ‘Charge at Fort Hell’” for Smith’s presentation of the evidence.

Smith’s years of research, which had focused on the 5th Corps, Army of the Potomac, inevitably drew the author’s attention to political pressures, within the army and without, that influenced the conduct of the Civil War. Most disturbing for Smith were the inexplicable discrepancies between what Gen. Ulysses S. Grant did vs. what he said he did, not only as Lt. General of the Armies in 1864 and 1865, but earlier in his military career as well. For the author found many examples of Grant claiming victories where there had been defeats, or in some cases, nothing better than narrowly escaped disasters with Grant blaming his own mistakes or failures on others. Nor did the Lt. General seem to learn from his tactical and strategic mistakes, for with a seeming disdain for adequate planning or maneuver, he would repeat the same mistakes again and again. These patterns of behavior, along with a woefully demonstrated style of command leaves little room for admiration. For beyond the survival of our young Republic, the ruthless and ambitious supporters of U.S. Grant were pursuing nothing less than dominance over the army and the country in the years to come.

It seems everyone takes sides on Ulysses S. Grant, choosing that he was either “a drunk,” or a great leader who won the war, and before her extensive research, Smith admits that she was willing to allow that Grant was a barely competent commander, who “meant well,” but who placed his trust in unscrupulous and incompetent cronies. But more than 20 years of research proved a revelation of serious and unacknowledged irregularities between history as it’s been written vs. the actual records of the war, and led to Smith’s book Command Conflicts in Grant’s Overland Campaign: Ambition and Animosity in the Army of the Potomac. It takes a hard look at U.S. Grant’s less than sterling performance in the West, and finds it but a flawed rehearsal for his inept conduct as Lt. General in the last year of the war. Smith makes the case that Grant’s faulty leadership prolonged the war by months and added an unnecessary cost of thousands of additional Federal lives.

Appeared as Chamberlain expert in the documentary Joshua Chamberlain and the 20th Maine produced by Northeast Historic Film for Public Television and aired repeatedly in 2013.

Presentation for the National Park Service, “Maine Heavy Artillery at Petersburg”– A part of the Reverberations programs in remembrance of the 150th Anniversary of the battle and siege at Petersburg, 1864.

Keynote Speaker for State of Virginia’s Dedication of the Chamberlain Historical Marker at Petersburg, Virginia, November, 2014.

Diane is the wife of Civil War author, Ned Smith, mother of two wonderful sons, and grandmother to three amazing grandsons. The Smith spend their winters in Maine and their summers in Maritime Canada. Both authors have made presentations to Civil War Roundtables and historical societies all over the United States, and would be happy to consider presenting a program to your organization. The Smiths may be contacted at smithdn@earthlink.net.